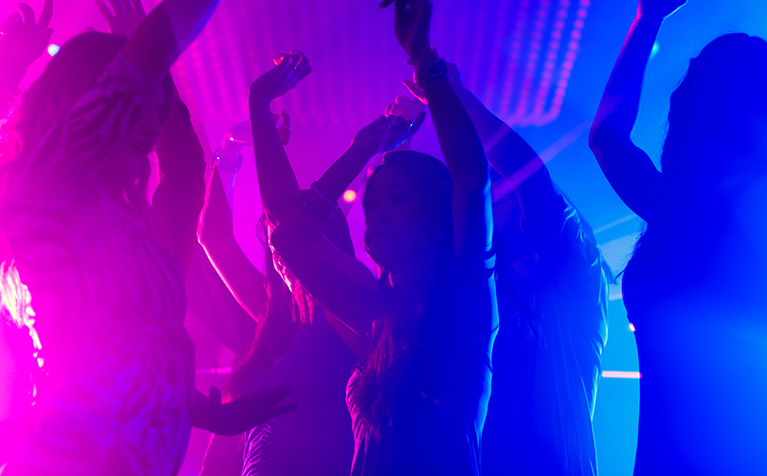 Make your shopping trip something to remember. Discover all of the activities, attractions, and entertainment located close to Grand Canal Shoppes.

Gondola Rides at The Venetian | The Palazzo

Take a ride in an authentic Venetian-style gondola, a half-mile down the grand canal as your gondolier serenades you! Reservations must be made in person.

Streetmosphere at Grand Canal Shoppes The Venetian | The Palazzo

Be entertained 365 days a year at Grand Canal Shoppes The Venetian | The Palazzo, which includes a cast of 38 authentically trained Venetian-inspired vocalists, performers, visual artists, and living statues throughout the property.

The hotly anticipated new show from Spiegelworld, the creators of Absinthe® and Opium, arrived in September. It's described as "Blazing Saddles" meets "America's Got Talent" meets "Westworld." Could this become the wildest watering hole in Las Vegas? Her first hotel was acquired by the government as an atomic bomb test site, but decades later, Boozy Skunkton has returned to take over the Kraken Music Hall, a hidden saloon bar in the heart of Grand Canal Shoppes at The Venetian Resort. Boozy has collected the "most abnormally sexy but sensationally amoral" troupe of entertainers on Earth and is determined to create the greatest saloon show the world has ever known. With an international cast of comic actors, variety acts, and acrobats, ATOMIC SALOON SHOW™ takes audiences to the Wild West as it never was.

Hug, touch, and take pictures with more than a 100 of your favorite stars, or sing and dance along with them in the music room! Located at The Venetian|The Palazzo.

The Great Hall at Fashion Show

The VOID is the most immersive virtual reality experience ever. It offers the ability for friends and family to step into their favorite movie, video game or adventure. At The VOID, guests can see, smell, touch and experience the impossible. Create real memories in a virtual world by experiencing Star Wars™: Secrets of the Empire, Avengers: Damage Control, Jumanji: Reverse the Curse.

It’s time to drop the mic right! Guests can sing their heart out at KAMU – Ultra Karaoke, the first high-end karaoke club on the Las Vegas Strip and the most ‘note’-able in the world. Boasting an unrivaled experience with the ultimate in luxury and technology, KAMU is how Vegas does karaoke. Guests can sing in the comfort of one of 40 of KAMU’s socially-distanced, upscale singing suites at the Grand Canal Shoppes at The Venetian Resort Las Vegas, in the Palazzo Tower.

Buy Gift Cards
The perfect gift for every occasion. Our gift card.
Find Out More